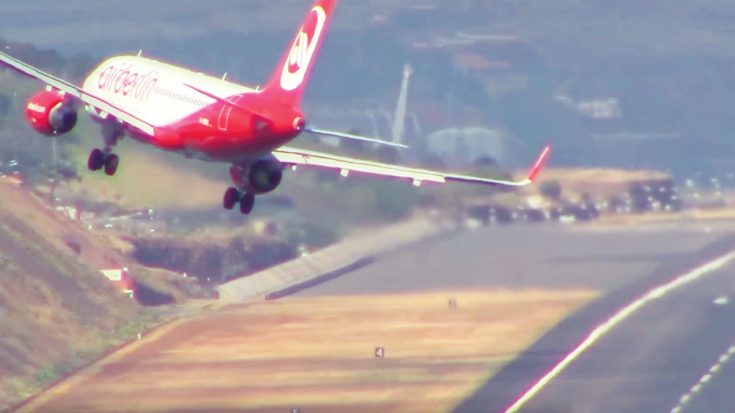 Standard Landing, But Not If You’re A Passenger.

We’ve been writing for you for a while now, so we know what to expect. As many of you are not only warbird fanatics but also pilots (we found this out the hard way,) we’re going to preface this video with a little disclaimer. Yes, this landing is not out of the ordinary if you’re a commercial pilots. Crabbing against crosswinds is standard procedure. We know that. Think about the passengers however.

People typically hate flying. As a person who just needs to get from point “A” to point “B” that’s far away, your only choice is to book a flight. Then, you literally sign your life away to a person in the front whom you’ve never met and you hope you get there nice and sound. That’s the reality of it.

For the most part, landings are nice and soft. Also, straightforward. Some airports however require you to make a really late turn as was the case in this video. Again, not a problems for the pilot, but the people in the back were probably freaking out.

The plane took a sharp bank right before lowering down to the tarmac and then faced some strong crosswinds. The cameraman did a pretty good job capturing the angels that the plane was at, so you get a nice view of everything.

We really feel sorry for the folks in the back.