Guy Develops 31 Rolls Of Film From A WWII Soldier 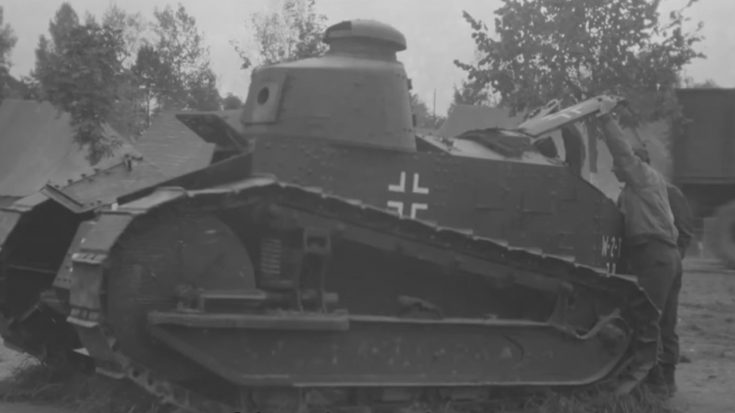 This is one of those stories that really makes you believe in humanity again. It might seem like an over exaggerated statement, but if you think about the fact that many people nowadays can’t tell you when World War II was fought let alone who fought in it, you really learn to appreciate these types of people.

Although the video doesn’t disclose his name, the gentleman in the video takes part in something called The Rescued Film Project. As the name suggests, this group of people develop, archive and enhance found film from around the world from the 1930s to the 1990s. Their website states that they do it because they “believe that these images deserve to be seen, so that the photographer’s personal experiences can be shared. Forever marking their existence in history.”

53 seconds into the clip, you’ll be able to hear a personal letter being read that was wrapped around a roll of film.

In this particular case, they found a whole slew of film from a single American soldier of World War II. He’ll go into detail as to how he developed them, because they were not in the best shape as you can imagine. After physically developing them, he enhanced them digitally to make as much of the detail come to light as possible.

Now, the whole video is about 1 minutes long and we do recommend you watch the whole thing. It’s very emotional and even if you don’t get it, this guy will make you realize why what this project does and why it’s so important. If you don’t have the time, the picture slideshow starts at 5:43.