Steve Hinton Takes A P-38 Lightning To The Skies 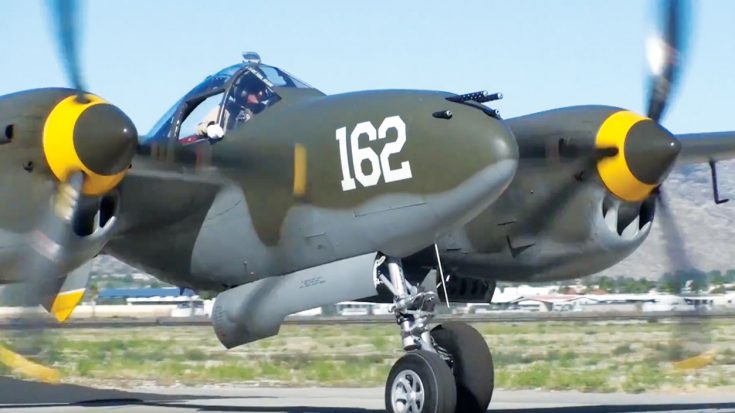 Steve Hinton Is The Man.

Some people are born to fly. We’ve had our Hoovers, Hannas and now we have Hinton. Steve Hinton. (There are many, many more pilots that should be on this list but we opted for those “Hs.”)

Steve Hinton, 64, is an aviator who’s been in the flying circuit for decades. He won countless Reno Races and even held a world record for speed for a decade. He was born to fly, that’s for sure.

As a fun fact, 23 skidoo is an old American phrase which means “to leave quickly.”

This video of him flying was taken back in 2013, but is spectacular nonetheless. Flying at the Planes of Fame museum, he got his hands on their P-38J 23 Skidoo. The rest you’ll have to see for yourself. One thing is for sure though. He knows how to fly a Lightning.

As for the plane, she was built right at the end of World War II. She didn’t see any action, but was used as a trainer and logged in 121 hours before being sold to private citizens after the war was over. She’s now in very good hands.