Having Some Fun In A B-24 Nose Turret 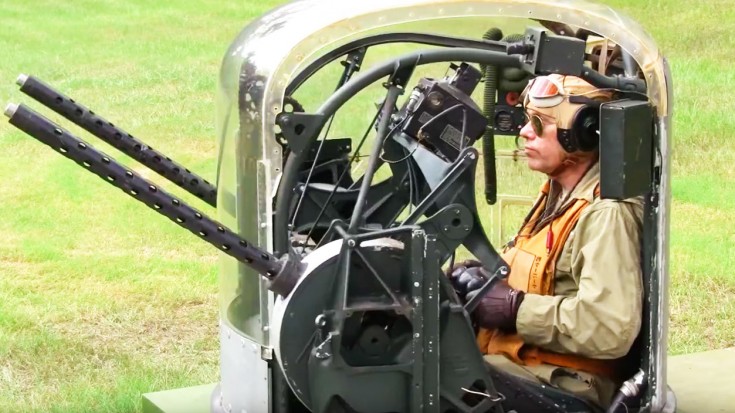 Meet Hugh Fenlon, a man who seems to have really awesome taste when it comes to finding something fun. In this cool clip, you’ll see him having a blast inside this turret and showing off its mobility. He’s also dressed for the part as well, which makes this even better. One major thing to note though is the amount of space in there. The gunners back then had just enough room to work the controls.

This nose turret was produced by Emerson and is the A-15a variant which was mounted on a B-24J Liberator.

Liberators were produced by Consolidated between 1940 and 1945. Just under 20,000 of them were produced as they served as much need heavy bombers during World War II. Although not as rugged as the famed B-17 Flying Fortresses, there is a general consensus that they did their job well.

As of today, Liberators hold the record of being the most produced heavy bombers in history.