Heroic Ace Pilot Reunites With His P-51 After 65 Years 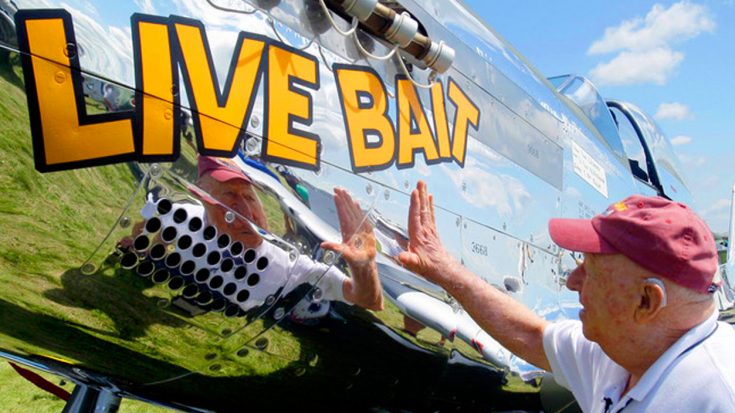 Clayton Kelly Gross is a man with many stories to tell about his aerial battles during World War II. Gross has so many stories about his time flying a P-51 Mustang that he even wrote a book about them. Now after 65 years this heroic pilot is reunited with the plane that changed his life.

It is a truly heartwarming sight to see a veteran pilot back with his plane after such a long time. Clayton Gross managed to score 8.5 kills in his P-51 Mustang and was one of the first pilots to shoot down a Messerschmitt Me 262. His Mustang with the nickname Live Bait came from a mission where his wingmen told him to fly low and visible to draw out enemies while the rest of them remained high in the clouds.

Clayton and Live Bait saw a fair share of action during the war, enough for his book which is also named Live Bait. It’s great to see the joy on his face from the reunion and even better that he still has a sense of humor about his experiences.

“I told the pilot on the plane that flew me here, I said. I’m on board if you need help. I’ve never flown a jet but I shot one down it shouldn’t be too hard.”

Clayton and his war tales with Live Bait are too good to be missed, check them out in this clip.