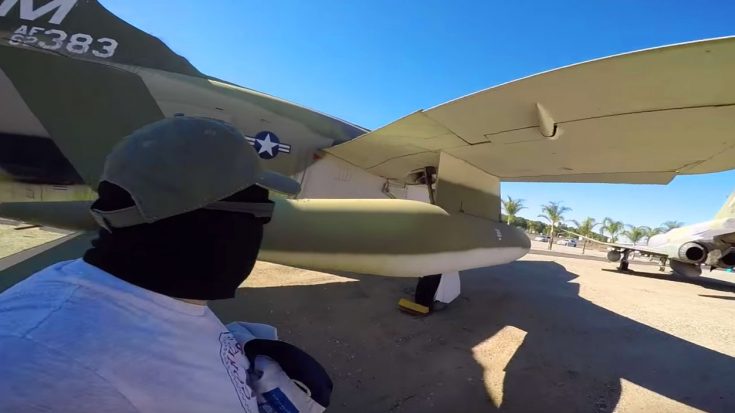 Trespassing on a US Air Force base isn’t the smartest idea in the world, but some folks can’t help themselves. Fighter jets are cool but sometimes seeing them in an Air and Space Museum doesn’t cut it. So there are some thrill seekers out there who are brave to defy gates, cameras, and security personnel.

This guy was recorded breaking into a base and dodging security left and right until he made it up to the aircraft. Infiltrating a base in broad daylight wasn’t the brightest idea and it didn’t help that he was making a ski mask while ducking and dodging around corners. Running past an F-4 Phantoms and other fighter jets he finally found what he was looking for.

Fortunately, this story comes with a happy ending. This short clip shows that if you break into a base and enter the mess around with the jets you can get a taste of the Air Force. I certainly hope that breaking and entering was worth all the trouble he went through.