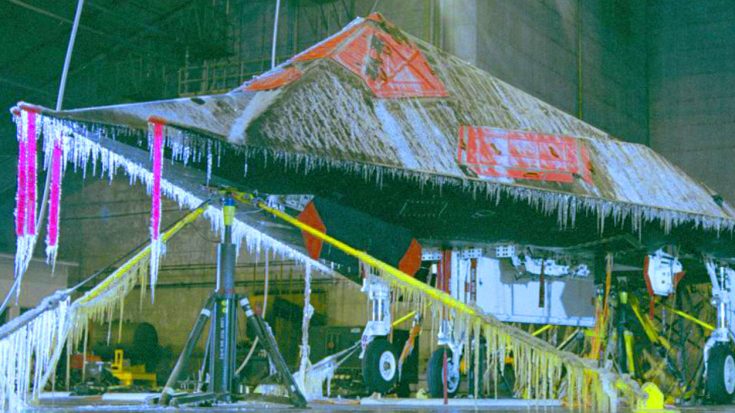 No Pain, No Gain.

The planes the United States Air Force have some pretty tough jobs to pull off so they need the best of the best. These aircraft are going to travel all over the world so having a perfect climate is not always guaranteed. To ensure that their jets can take the absolute worth weather conditions they are put through rigorous testing at the Air Force’s “Torture Chamber.”

This so-called torture chamber is actually the McKinley Climatic Laboratory at Eglin Air Force Base in Florida. This lab has operated since 1944 and has the technology to simulate a wide variety of weather conditions for the purpose of testing aircraft.

The torture chamber’s temperatures can reach as low as -80 degrees and as high as 170 degrees. It can also simulate sandstorms, hurricanes, wind, and rain to ensure that these planes can withstand the harshest conditions.

“Designed and constructed in the early 1940s, this laboratory has an unequaled capacity to simulate a wide range of climatic conditions from arctic cold to jungle moisture. Data from tests of some three hundred different aircraft and over two thousand items of equipment has provided information vital to the performance, safety, and reliability of aircraft operating in extremes of weather.”

For 70 years this facility has tested the limits of the B-29 Superfortress, the F-117 Blackhawk, the C-5 Galaxy, the F-22 Raptor and Boeing 787 Dreamliner just to name a few. Take a look at the punishment process the torture chamber puts these planes through in this video.