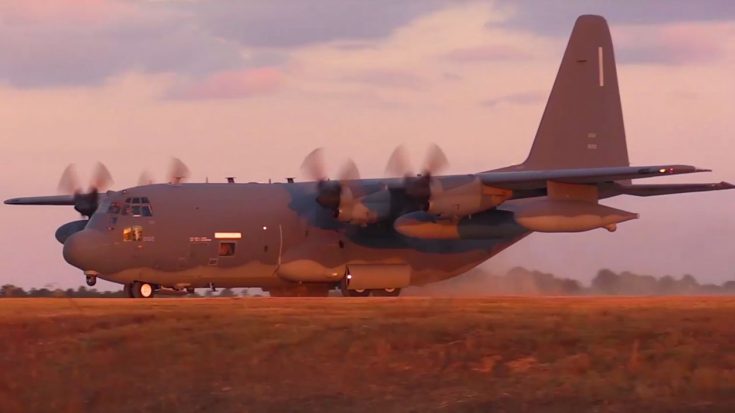 Among the biggest aircraft in the US Air Force C-130 Hercules has some room to move. Used primarily for airlifting heavy cargo this military transport aircraft has been in service since 1959. Military aircraft aren’t always guaranteed a smooth landing strip so training on other terrain comes in handy such as dirt landing fields.

This training prepares them for hostile situations involving air-to-air, air-to-ground missions. Film from AIRBOYD captures this immense C-130 taking off and landing over and over in the Louisiana sunset and picking up dirt as it flies off into the skies.