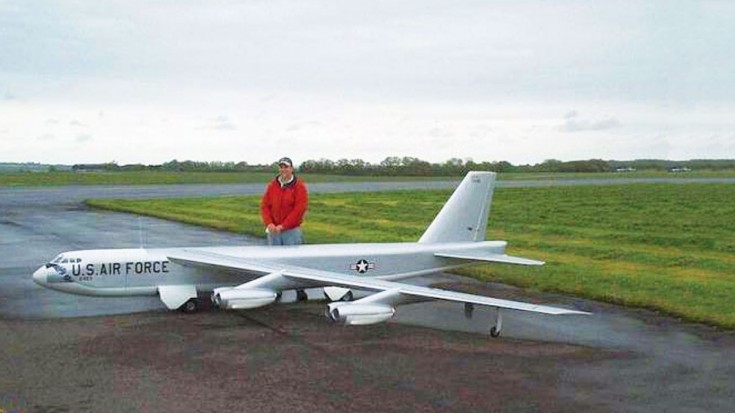 This video is somewhere between sad and fantastic. We say this because losing $60,000 worth of fun is a terrible thing to have happen to you, but at the same time when in life would you ever be able to see this? That’s right, it’s a once in a lifetime type of deal.

To begin, let’s take a look at this beauty. It was built by Gordon Nichols, a man who loves his Rcs and he loves them big. He built this B-52 which cost his a pretty penny, but first and foremost he should be congratulated for building one of the best and sleekest looking bombers of all time.

Here are some of her specs:

As you’ll see, this Rc is massive, but so is the hole it left on the ground. In the video you’ll see it go down, but it does so behind some trees and a house, so we hunted down the pictures of the aftermath. It’s quite a big hole!

As for the crash, here’s what we know. The day this B-52 flew it was pretty windy and well as dark and cloudy. The pilot lost his orientation when performing a pass and reversed the controls. Then came the unrecoverable spin.

Here’s it is caught on camera.