Incredible Look At A 24-Ft. Lego D-Day Diorama That’s Out Of This World 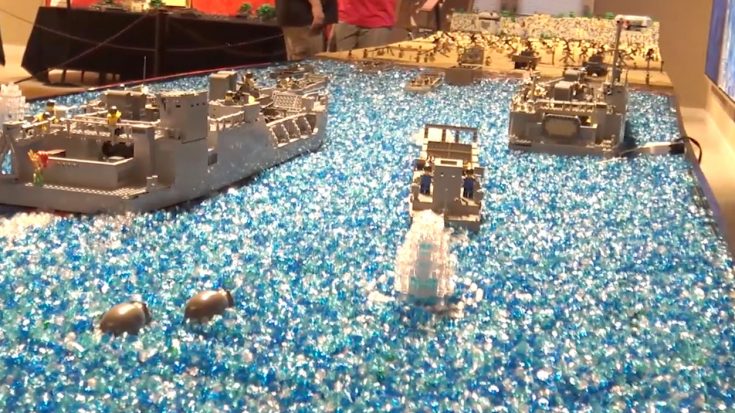 The folks over at the facebook page Beyond the Brick built one of the neatest dioramas we’ve seen in a long time. Their page is dedicated to sharing “amazing Lego creations from around the world,” and as you’d expect, they didn’t disappoint us by making this World War II scene.

Paying homage to D-Day, they put together an incredible scene using hundreds of thousands of Lego pieces. The video is 12 minutes long so feel free to skip around, but the guy behind the camera does a really great job talking about the history of that day. They really tried to keep the diorama as close to reality as possible, building the ships and fortifications like they were during that day.

There was a tremendous amount of thought and detail put into this thing, so take your time to really soak it in. For a Lego set, it has a lot of emotions attached to it believe it or not.

As the guy states in the video, this is the last time they built this piece as they rebuilt it everytime they go to display it. Next, they’re planning to build a massive aircraft carrier and they’ll need many of this parts of this diorama to accomplish that feat.