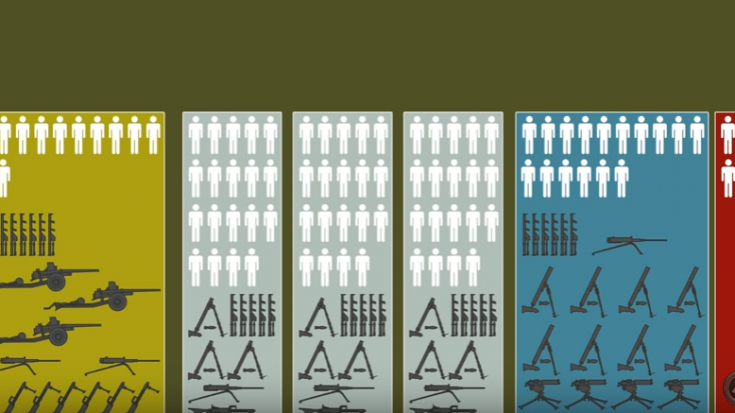 This is an interesting way of looking at how the the infantry battalion was organized and it also includes the type of weapons provided to each company. Also, depending on the situation or circumstance (and ultimately, the objectives), the US Army would execute various tactics (primary, secondary and counter attacks) performed by different units.

Fun Fact: The youngest serviceman to enlist in the US Army during World War 2 was Calvin Graham who was just 12 years old at the time (and he was practically a war veteran at 13). He was accepted because he lied about his age. After spending six weeks at a boot camp in San Diego, California, he was sent to Oahu, Hawaii at the Pearl Harbor. His story was even made into a movie!

What I like about this video is the clear description and it also gives you a good idea about how the US Army fought off the enemies. Overall, it’s an impressive tactic!