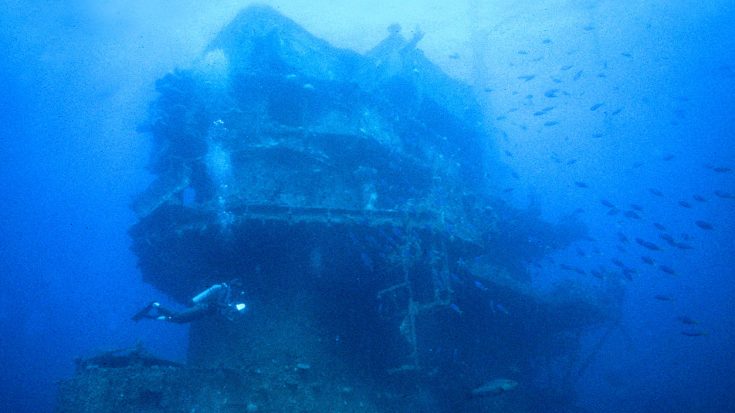 World War II ended with a bang, the atomic bombs that laid waste to Hiroshima and Nagasaki. The destructive power of these massive bombs was still fresh in the minds of the military, they could level cities, but what else could they do? They decided that nuclear weapons should be tested on massive warships in the Pacific Ocean.

Over 90 warships were taken to the Bikini Atoll near the Marshall Islands in the South Pacific. These ships ranged from aircraft carriers, destroyers, submarines, cruisers and a wide assortment of ships. They were repeatedly subjected to two nuclear detonations sinking several of the ships and the remaining ships were far too contaminated with nuclear radiation to be used again.

“Even though there was considerable interest by scientists excited about assessing the full effects of atomic energy in the field, Operation Crossroads was still for the sole benefit of the military. Their main goal was to make stronger, deadlier nuclear weapons, and see how a navy could withstand a nuclear attack. But it was also about flexing their muscles to the rest of the world, so they invited military and political representatives from all over the world, including the USSR.”

Several decades later divers have begun to explore the shipwrecks destroyed by the nuclear tests. Check out this amazing video as divers embark on an exploration of Bikini Atoll’s nuclear graveyard.