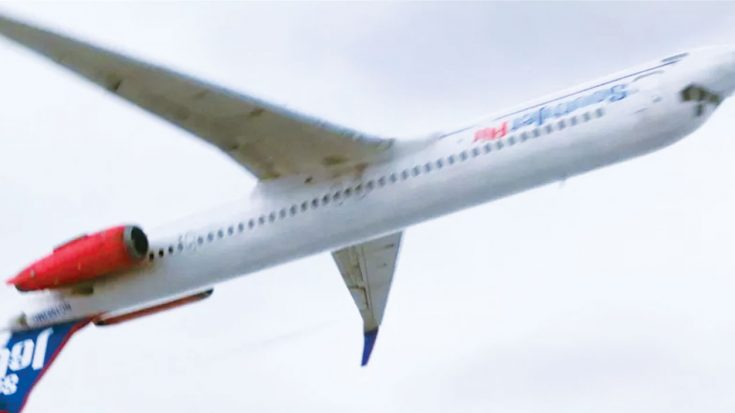 Hey, Tex Johnson Did It.

We foresee two schools of thought when you folks watch the clip. There will be those of you who will dissect it with a fine instrument and write down everything that is wrong with this scene in a raging fury. Others, such as ourselves, will say, “hey, suspenseful scene” and take into consideration that it’s a movie.

Now, this clip is from the movie Flight. It doesn’t have too much to do with flying as it’s really about the main character’s personal struggle, but the beginning is definitely crazy.

Right after reaching cruising altitude, a commercial plane takes a nose dive. There’s talk about hydraulic failure and all controls are down. The pilot, played by Denzel Washington, stays calm and figures out a way to get the plane out of the nosedive. To say that his idea was unconventional would be an understatement.

We’re no pilots, so we can’t say whether this is even remotely possible, but hey, a movie’s a movie. This scene really kept us at the edge of our seats so it did its job. Also, since we’re warbird fans we do know that Tex Johnson did roll a 707 back in the day while performing a test flight, so yeah, it’s been done. Just not in this situation.