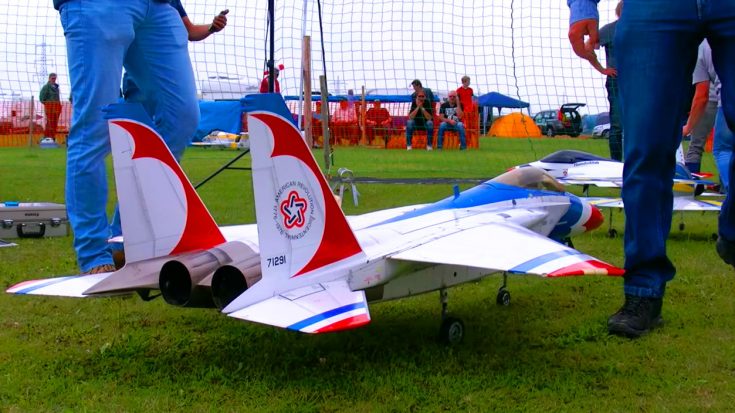 The F-15 Eagle is both and innovator and a pillar of excellence for the United States Air Force. It was the fighter jet that defined a generation of pilots and has been so trustworthy that it has remained in service for over 40 years. The F-15 is arguably the most widely known fighter jet around so it would make perfect sense that it gets some superb RC Model treatment.

Powered by an astounding turbine engine this RC F-15 can really shred the skies without any troubles. The pilots of this RC F-15 may be German but they respect its American origins by giving it the proud red white and blue colors.

“The Aeroclub Rheidt `69 eV: was founded in 1969 by model-inspired citizens from Niederkassel and the surrounding area. Some of these founding members are still among the most active model pilots. Today’s airfield has existed since 1971 and has thus provided the basis for many model flying hours over the past decades.”

The folks at the Aeroclub Rheidt known a thing or two about RC planes and they make them their greatest passion. So wait no longer and watch this amazing F-15 strut its stuff in this great video from RC Media World.