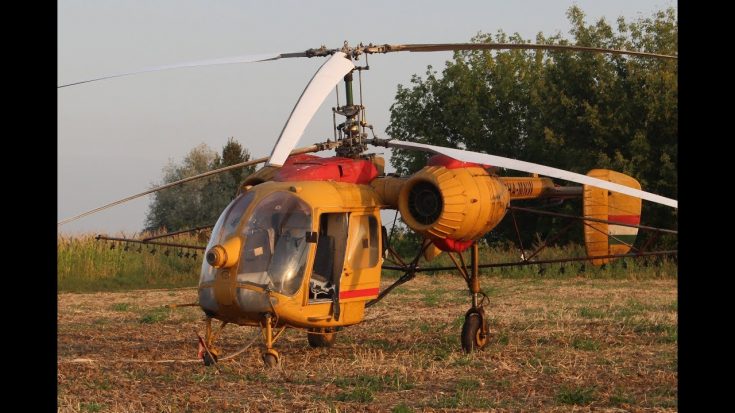 The Kamov Ka-26, having the NATO codename Hoodlum, was a Soviet light commercial helicopter. It was equipped with a twin-turbine powerplant and features a bubble-shaped cockpit that contained the pilot and the co-pilot.

It also features a removable box that is available in medevac, passenger-carrying, and crop duster versions. For added flexibility, this thing can fly with or without the box!

The footage shows up the engine start-up of the Ka-26, and the radial engine in the helicopter was simply awesome. What’s so cool about it is that it goes from an old-sounding diesel freight train during the start-up to an apache-sounding helicopter. It also did an impressive take-off, this helicopter surely isn’t messing around!

So, what do you think about this unique-looking Soviet helicopter?