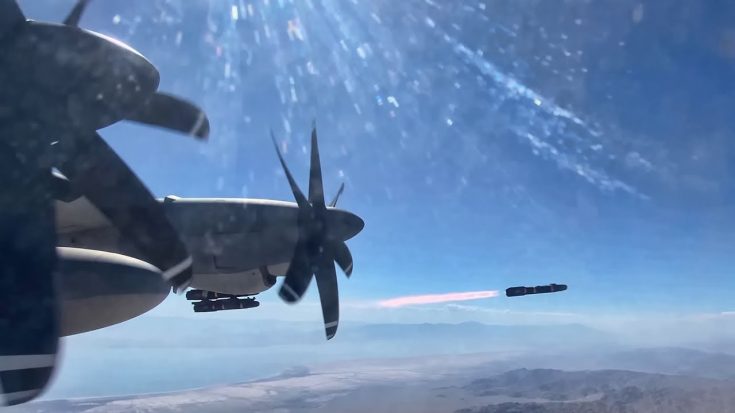 A highly-reliable KC-130J is fitted with the Harvest Hawk weapons system to enable the tanker to serve as an overwatch aircraft. The addition of Hellfire and Griffin missiles makes the tanker as lethal as ever.

In the Harvest Hawk program, the tanker features an AN/AAQ-30 Target Sight System mounted under the left wing’s external fuel tank. The integrated system has a loadout of four Hellfire and ten Griffin missiles.

Even though the aircraft can now fire missiles, it still retains its capabilities in refueling and transportation. If needed, the crew can take out the entire system within a day.

During a mission in Afghanistan, a KC-130J with this system fired one Hellfire missile and killed five insurgents. The future looks bright for the massive 97-ft-long, 132-ft-wide Super Tanker.