This Legendary Jet Has Hit A Milestone 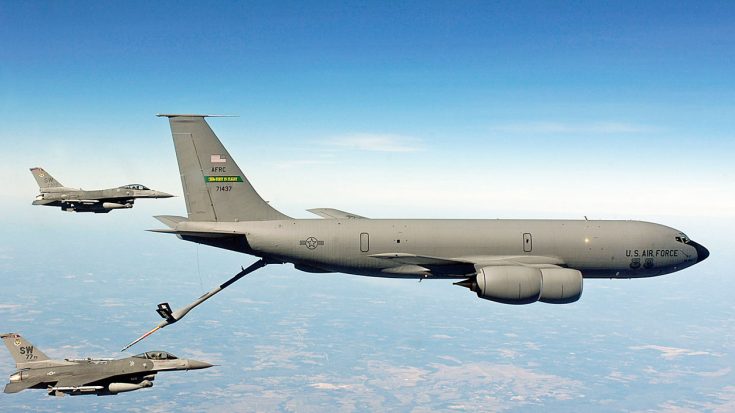 The big gas station in the sky is celebrating its 60th birthday. Many aircraft owe their lives to midair refuelings from the Boeing KC-135 Stratotanker. The KC-135 made its first appearance in 1956 and supported bombers to extend their flight time from minutes into hours. The Stratotanker proved to be so vital that it found its way into aircraft service around the world. It may not have any weaponry but this plane is there to offer support to other aircraft. Jets go up but can’t stay there forever and this plane gives them what they need to endure a mission.

“Since 1958, the tankers of the 92nd and 141st ARWs have supported everything from aeromedical evacuations, command and control, airlift missions, treaty enforcement and overseas contingency fighter and bomber missions.”

Although the US Air Force is phasing out the KC-135 in favor of the KC-45 they will remain for years. Stratotankers have lifetime flying limits reaching 39,000 hours and some may last until 2040 after 80 years in service. To celebrate its 60th anniversary here is a video of a KC-135 refueling another refueling plane.