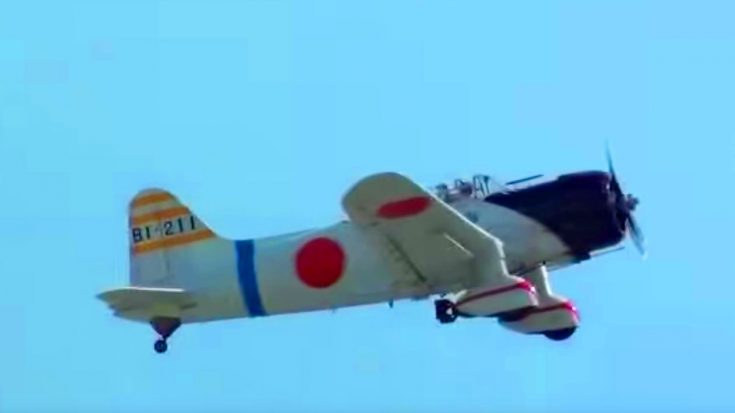 Although it is not mentioned very often among WWII-era aircraft, the Aichi D3A “Val” has earned its place in history. This dive bomber was the first to engage American targets when it led the attack on Pearl Harbor. The Aichi D3A served in most of the missions in Japan’s campaign to conquer east Asia.

The D3As are responsible for destroying 14 Allied naval vessels, more than any other Axis aircraft. It had a short run as the primary aircraft of the Imperial Japanese Navy before the introduction of the A6M Zero, yet it continued to serve despite being considered obsolete.

Nearly 1,500 Aichi were built during the course of WWII but as Allied Forces advanced on Japan things became desperate. Japanese pilots who went up usually didn’t come back down and were instructed to use their planes for kamikaze attacks against warships to maximize kills. This clip features the last D3A in existence, which was reconstructed for the 1970 film Tora! Tora! Tora! A rare and beautiful sight to see.