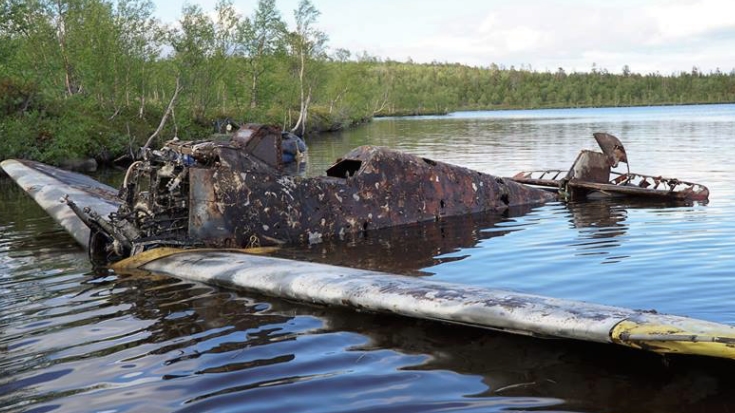 The Siege of Leningrad earned its place in history as one of the bloodiest conflicts of WWII as the Soviet Union fought back the invading German Army. Millions of people lost their lives in the carnage and countless relics of war still linger in the surrounding areas. Now one of those long-lost relics has been discovered in a nearby lake, a Bf-109G2.

According to local legends, this Bf-109G2 was shot down over the frozen lake in 1944. The pilot bailed before the fighter crashed on the ice. The following year the lake melted and it was swallowed up the murky waters.

“The glass of the cockpit canopy on the right side is punched. The folding part of the cockpit lantern, instrument panel, sight, as well as weapons on the plane are absent (dismantled by the enemy forces during the war).”

The lower areas entrenched in mud show better signs up preservation than the upper portion which is rusted and covered in shells. This fighter was successfully extracted from the lake and being transferred to the Vadim Zadorozhniy Technical Museum for inspection and possible restoration.

Video of the Bf-109G2’s recovery can be seen in this new video from the Wings of Victory Foundation.