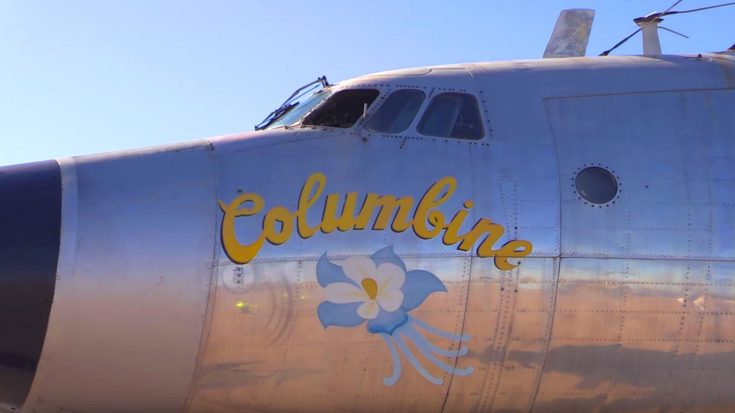 It may seem hard to believe but there was once a time where the President of the United States did not have a personal aircraft included with the job. That all changed when in 1953 with the introduction of the first Air Force One a plane known as Columbine II. Now after being lost for decades the original Presidential plane is back in action with a new life.

The original Air Force One served President Eisenhower flying him over 50,000 miles while he was in office. After a few years, it was retired from the service of the President and was used as a crop duster. As the years went by Columbine II went into the boneyard and began to rust away but was discovered in 1989.

A few years ago Columbine II was nearly sold for scrap but through the efforts of the Smithsonian Institute as well as Dynamic Aviation and went through a major restoration process. Now that the original Air Force One has been fixed up, it has flown to her permanent home in Shenandoah Valley, Virginia.

After a rough patch, it is nice to see the original Air Force One getting the respect and admiration she deserves. More information about the upcoming Air Force One exhibit can be viewed at this link.