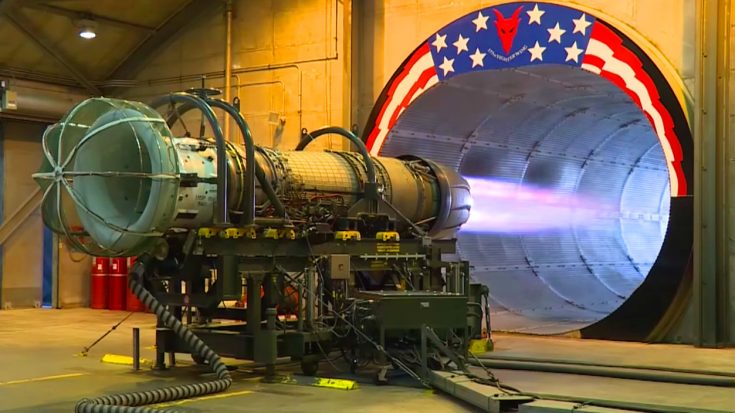 The General Dynamics F-16 Fighting Falcon is arguably the most reliable fighter jet on the planet. It has been operational in combat missions for close to 40 years and continues to set the standard of excellence in military aviation. The F-16 needs a lot to get going and more importantly to stay going once it becomes airborne and that’s where its engine comes into play.

Fighter jet engines go through a lot of punishment, so every now and then they have to undergo routine testing to make sure they stay in top form. The Atlantic City Air National Guard Base is home to the Hush House, an engine testing facility that incredible noise proofing capabilities.

“The Aircraft Test and Evaluation Facility (ATEF) has the capability to create a full range of conditions and the capacity to house and test everything from unmanned aerial vehicles to carrier aircraft and provides the capability to ground test installed aircraft propulsion, mechanical, electrical and pneumatic subsystems in a controlled environment, during static and engine operating conditions.”

I can’t even begin to describe how loud these engines get when they start going on full blast. Watch for yourself why to see how powerful this F-16 engine is in this clip.