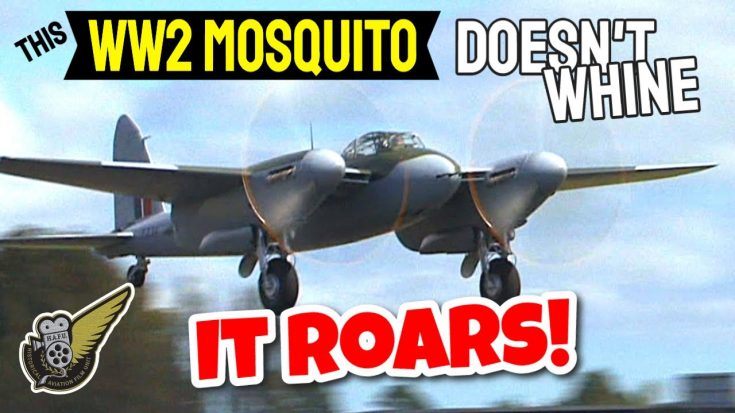 This video features a newly restored World War 2 fighter bomber- the Mosquito FB.26. It was the plane’s first public display at the Ardmore Aerodrome in Auckland, New Zealand.

It was originally part of the 487 Squadron from 1943 to 1944. The serial number of this particular aircraft is KA114. However, during that period, three different Mosquitos carried these identification codes.

The aircraft has since then been restored by AvSpecs also known as Warbird Restorations in Auckland, and a number of subcontractors from the country and around the world.

Overall, the video is brilliant in every respect especially when it did a fly-by near the end of the video. Not to mention, the sound of the twin Merlin engines is so iconic. We’ve got to say- this plane is one of the best of its time!