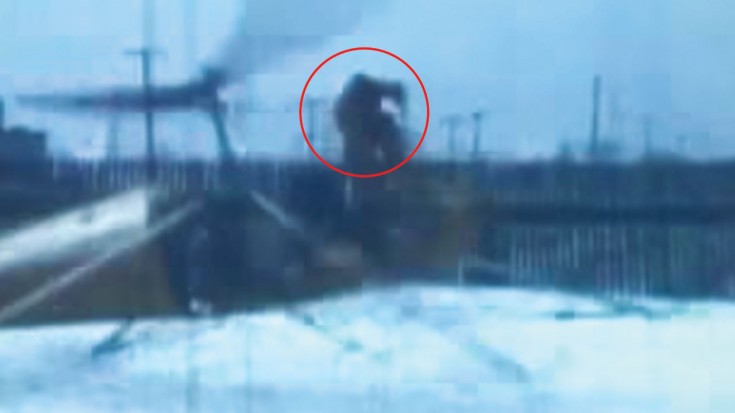 Lucky Doesn’t Even Begin To Describe Him.

This has to be one of the most miraculous accidents caught on camera. Not only did the test pilot of one of the early helicopters not die, he walked away with an injury you wouldn’t believe.

There is little information on this incident, but after doing some research, we know a couple of things for sure. From the looks of it, this is most likely a Bell Model 30 or an even earlier version of it. It’s a prototype of a commercial helicopter, and one of the earliest choppers of the 40s.

After being struck by the blade at 450mph, he was thrown 30 feet through the air.

Now for the fun part. This clip is part of a Military Channel special. During this segment, they interviewed one of the people who were present there. Although we weren’t able to get his name, he described the whole event.

While testing the helicopter, it started to buck. The tail went into the rotor and jolted the pilot upwards. This early helicopter didn’t have an enclosed cockpit yet, so there wasn’t anything to stop him from jettisoning. He managed to get halfway between the propeller blades, but believe it or not, did not get sliced and diced.

He was caught and thrown by the blade, suffering only a broken wrist.