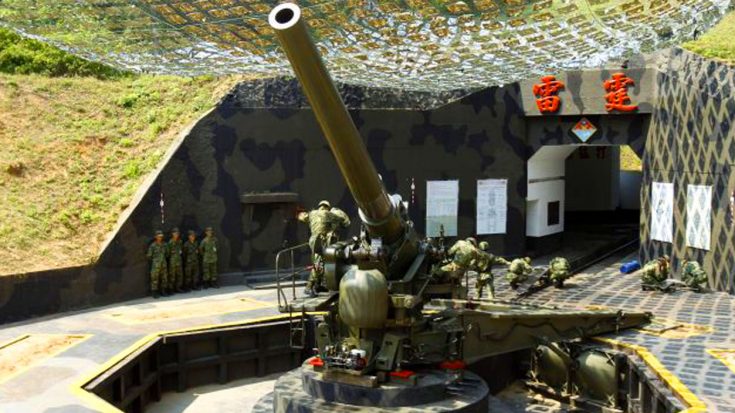 Several nations near the South China Sea are currently in a major dispute over island territory. The China has overtaken the Spratly Islands from the Philippines and established military base causing turmoil throughout the region. Taiwan is a major player in this game so they aren’t taking any chances with the Chinese and have moved in massive artillery units from World War II.

The South China Sea is a very profitable area which one-third of the world’s shipping routes pass through for oil, fishing, and commerce. Taiwan takes claim over the islet of Itu Aba which has a territorial claim of 12 nautical miles surrounding the area.

China views Taiwan as a renegade province rather than an independent nation, which means there is a chance that China could make a hostile takeover. In order to defend Itu Aba from a Chinese military invasion, their coast guard has been provided with six howitzer cannons.

The howitzers may be old but they still pack a punch and still function as well as they did decades ago. Hopefully the presence of these weapons will be enough to discourage a conflict but in the end, it is better to be prepared should the worst occur.