Museum Displays Blue Angels Like Back In The Day 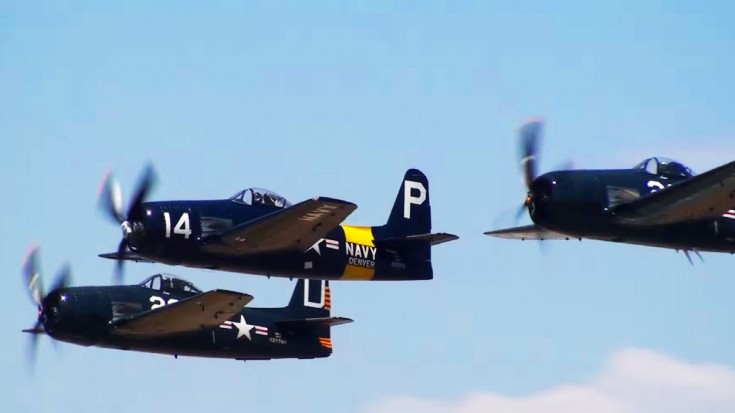 This truly spectacular footage was taken at the Planes of Fame Airshow back in 2009. As always, this Air Museum located in Chino, California never fails to disappoint by showcasing some of the best planes and piloting around. During the event, the famous aerobatic team, adequately named The Horsemen, took to the skies with three of the fifteen airworthy Grumman F8F Bearcats in the world. As you’ll see, both the pilots and their Bears put on quite a show.

The Planes Of Fame Air Museum was founded by Ed Maloney in 1957, showcasing 10 rare airplanes. Today, 150 aircraft are on display with over 50 in airworthy condition.

It is interesting to note that the Bearcats used in this video were built at the end of World War II, but never saw combat during that conflict. With over 1,265 models built and supplied to the United States Navy and Marine Corps, they were first used in combat during the French Indochina War in 1946 and were later briefly implemented in Vietnam as well. Retired from active service in 1963, Bearcats that survived and escaped being scrapped were made available for purchase on the civilian market, some of them being flown as air racers that shattered world records for speed and rate of climb.