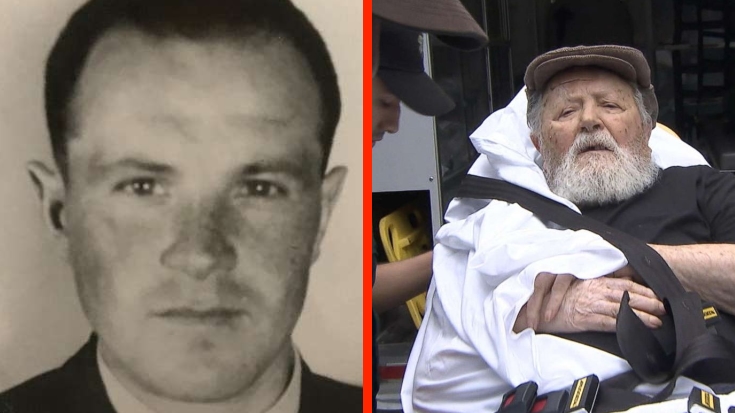 It has been 73 years since the fall of the Third Reich since then many members of the Nazi party and SS went into hiding. Nazi Hunters have a significantly smaller list of suspects to track down these days but they aren’t letting up. Now a 95-year-old Nazi living in the United States is finally being deported to Germany to face trial, but he might have a way out.

Jakiw Palij served as a guard at a concentration camp in Poland and migrated to the United States after World War II. He lied about his time during the war, claiming that he worked on a farm during those years and has since lived in New York as a citizen. Nazi Hunters in collaboration with the Holocaust Museum found evidence of Palij’s war crimes including being listed on several SS groups. His American citizenship was revoked in 2003, but there were obstacles in the way before facing trial.

“On Nov. 3, 1943, some 6,000 Jewish men, women and children incarcerated at Trawniki were shot to death in one of the largest single massacres of the Holocaust. By helping to prevent the escape of these prisoners during his service at Trawniki, Palij played an indispensable role in ensuring that they later met their tragic fate at the hands of the Nazis.”

However, Palij claims that he was only a bridge guard and did not participate in any war crimes. However, Nazi Hunters mention that his position in the SS was motivated by knowledge of what occurred within the concentration camps. Although he was successfully been deported to Germany, his fate is uncertain due to a lack of “direct evidence.”

“Given his age and questions over his health and also a possible lack of proof, it is unclear whether German authorities will attempt to prosecute the stateless pensioner.”

As the remaining Nazi war criminals dwindle in numbers, there has been a small outcry against their persecution. Even some Holocaust survivors have come out against putting dying men in their 90s on trial. Where do you stand on this issue? Should Jakiw Palij face a trial for war crimes?