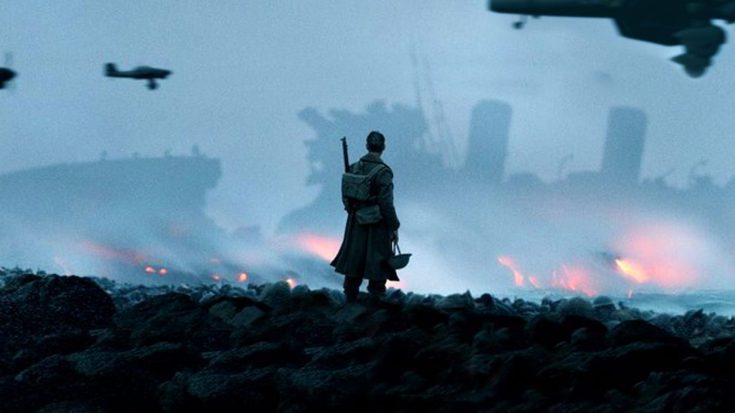 Director Christopher Nolan is no stranger to creating major movie epics and he has another masterpiece in this works. After taking the helm of films such as Inception, The Dark Knight Trilogy, Memento and Interstellar he taking aim at on of World War II’s most terrifying battles.

Nolan has a history of creating films with a dark and claustrophobic tone which is perfect for the Battle of Dunkirk. The film centers around the Dunkirk Evacuation after the Germans gave their infamous “Halt Order” stopping the advance of their tanks. Soon the 400,000 Allied troops in Dunkirk suddenly found themselves as easy prey for Axis fighter planes.

“Miraculous evacuation of Allied soldiers from Belgium, Britain and France, who were cut off and surrounded by the German army from the beaches and harbor of Dunkirk, France, between May 27- June 04, 1940, during Battle of France in World War II.”

The legendary director spent over $5,000,000 on vintage warbirds and used real naval destroyers focusing on attention to detail in this film. Dunkirk by Christopher Nolan starring Tom Hardy, Cillian Murphy, Kenneth Branaugh and Harry Styles is set to be released on July 21st, 2017. The first trailer for Dunkirk has been released by Warner Bros. Pictures and can be viewed in this link.