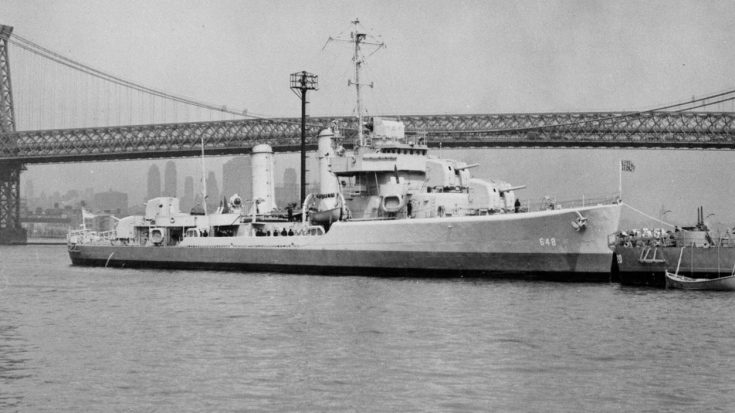 In 1944 as the USS Turner was docked in a New York City harbor, it suffered a series of internal explosions. The ship sank beneath the sea, claiming the lives of 130 sailors who have remained unaccounted for over the past 73 years. In a twist of fate, the Pentagon has launched an investigation into a lingering mystery of whether or not the sailor’s remains were recovered and buried.

For decades the sailors have been considered missing, but WWII researcher Ted Darcy has uncovered files showing that they may have been buried. The Defense POW/MIA Accounting Agency has been given the task of investigating records to confirm the identities of these missing sailors for the sake of closure.

“I will work with the families to cut through red tape and ensure that the Department of Defense’s POW/MIA Accounting Agency does everything it can to try to properly identify these brave Americans.”

If the investigation’s results are confirmed, the unmarked graves will be given name designations and decorated with proper honors. Advances in DNA identification science make it possible to confirm identities as well as access to archival records.

“These guys died for their country. “They deserve to be buried properly and the families deserve the closure.”

In this clip, you can see historical archive footage of the USS Turner being raised from its sunken grave in a yearlong salvage operation.