Not One But Two EE Lightnings W/ Full Afterburners-Crazy Loud 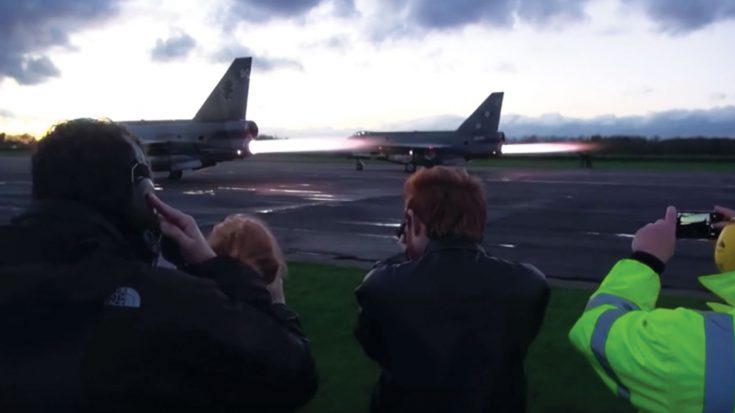 Our favorite Youtube channel has struck again. Bobsurgranny is one of the best aviation related channels we’ve seen to date. Full of both civilian and military aircraft, if flying things are your poison, this guy’s got you covered.

In this little video you’ll be treated to the English Electric Lighting. We haven’t written nor shown you a lot of these planes, so when we saw it this we got pretty excited. You won’t see them take off as they are grounded, but you’ll see them show off their afterburners at dusk. It looks pretty spectacular.

Fun Fact: Flying the English Electric Lightning was often described by pilots as “being saddled to a skyrocket.”

As for some background on these planes here, they are of course, from the United Kingdom. Introduced in 1959, it was the Royal Air Force’s primary interceptor for almost twenty years. Powered by two Rolls-Royce Avon 301R turbojets (which you’ll feast your eyes and ears on in this video), these babies could travel up to 1,300 mph.

That was only 10 years after World War II mind you.