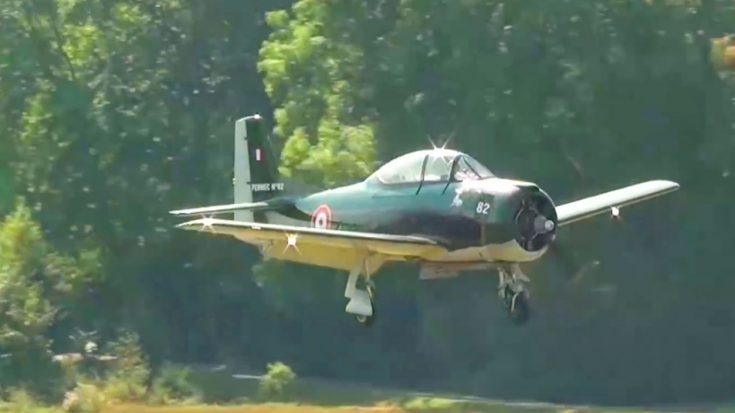 The T-28 is most often thought of as one of the definitive trainer planes of the 1950s. Surprisingly there were a few T-28s modified for combat missions, a variant more commonly known as The Fennec.

The T-28 Fennec was intended for light combat and used by the French Air Force during the 50s. T-28 Fennecs were armed with four 250-lb bombs and .50 machine guns to quell uprisings in Northern Africa and maintain the peace throughout the area.

“During the mid 1950s the French government sought an aircraft for use as a close air support and counter insurgency weapon in troubled areas such as Algeria. With North American production resources committed to Navy requirements for the T-28B, the French tuned to a U.S. contractor to modify a number of “A” models with a higher powered engine end the installation of armament systems and cockpit armor.”

An estimated 140 T-28 Fennecs were built and served in combat service in North Africa, the Carribean, South America and Central America. There are a few remaining that can still fly, one of them is in this video. So check out what this trainer turned fighter can do when it really cuts loose at an air show.