Nuclear Weapons Had A Unique Purpose Besides Combat 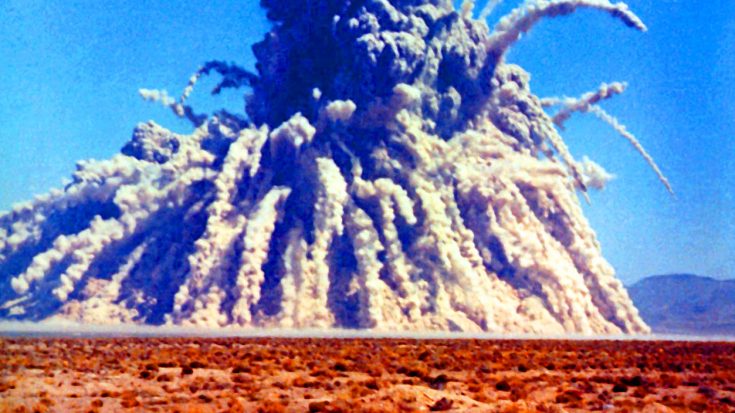 When you think of nuclear weapons your mind will probably conjure up images of a mushroom cloud rising over Hiroshima and Nagasaki. Nuclear weapons were first built to win World War II against Imperial Japan, but they had some other uses. It may come as a shock to many, but the United States Government founds uses for nuclear bombs other than war through a program called Project Sedan.

When it comes to nuclear bombs, not every idea was practical but there were some that were mildly effective. One of the main uses of nuclear bombs experimented with was nuclear excavation, as a means of drilling to find natural gases. There was a discussion of using nuclear bombs for clearing land, even President Kennedy proposed the idea of using these bombs to expand the Panama Canal.

There was also talk of using a nuclear bomb to dispose of radioactive waste, but upon closer inspection that might not make the situation any better. Mining away land ended up being the most practical use although it never saw much use due to excessive radioactivity. This archival footage shows the results of Project Sedan and the US Government’s slightly more side of nuclear explosions.