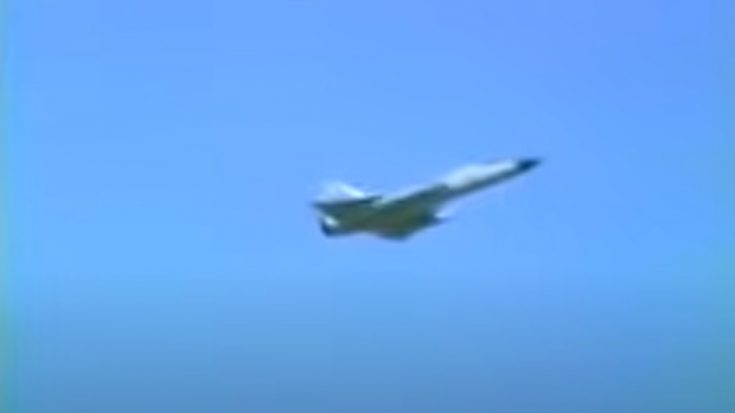 The F-106 is an exceptionally well-designed aircraft and it shows in this footage from 1985. This beautiful all-weather interceptor plane was known as the “Delta Dart” or “The Six”.

Made at the same time as the Vietnam War, the F-106 was not used in actual battles. Even though it was more agile and faster than the F-4 Phantom II, it usually did not carry bombs.

Former F-106 pilot Bruce Gordon claimed that this fighter plane could outmaneuver any aircraft and had superior radar equipment. Still, most missions during the war were bombing missions and the F-106 could not be used for such missions.

Nonetheless, this plane proved to be a great asset in NASA research projects and target practice vehicles.