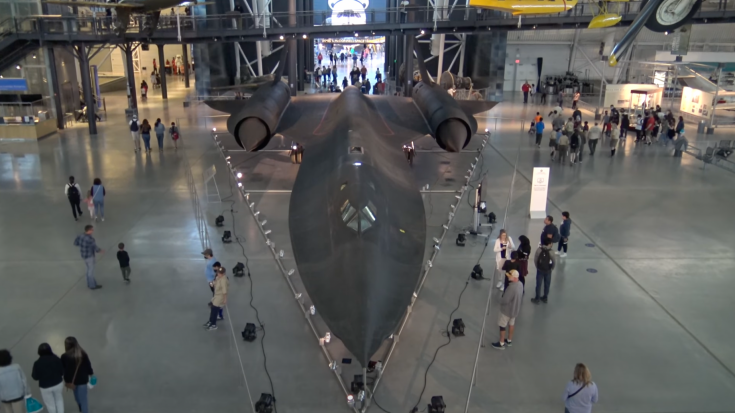 It’s so rare to see this plane up close like this. Paul Stewart, the narrator, did a thorough job explaining what the SR-71’s parts do in this walk-around tour.

The tour starts from the plane’s pitot tube that calculates speed, and the alpha-beta probe that measures the angle of attack and sideslip. He then goes down to the various electronic countermeasures to detect SAMS and a jammer to confuse and deflect missiles.

To reduce radar cross-section, it had chines with sharp edges leading aft and it doesn’t have horizontal stabilizers for the same reason.

The Blackbird is made up primarily of titanium sourced from the USSR. To do this, the CIA set up shell companies to order titanium from Russia. Now that is sneaky!

You’re really missing out if you still haven’t seen this video. There are tons more information that you can get by watching Paul’s video. Go ahead and watch it down below!