Only Airworthy Bf-109G-4 Tearing Through The Skies 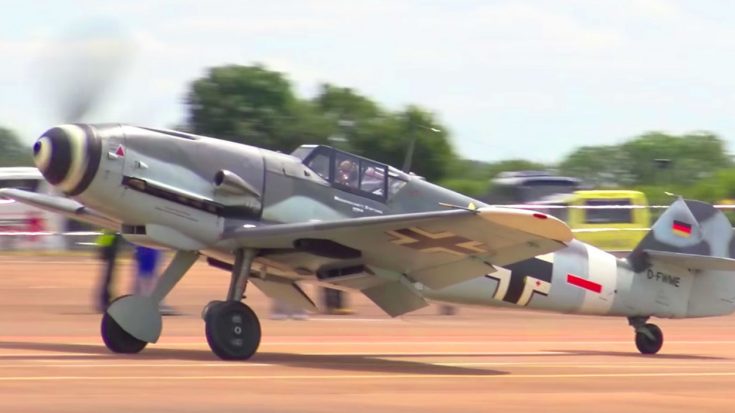 Keep your friends close and your enemies closer, a motto many pilots should follow in order to understand their talents. The Messerschmitt Bf 109 was the worthy weapon of German pilots and gave Allied aviators the fight of their lives. Over 33,000 Bf-109s were built during the course of the war and it remains a symbol of German’s WWII-era air power to this day.

Designed by Willy Messerschmitt in the early 1930s the Bf 109 became a staple of the German Luftwaffe and was even the preferred fighter of WWII’s top Ace pilot, Erich Hartmann. In 1942 the G-4 variant of the Bf 109 was developed for long-range reconnaissance missions as well as combat tropical environments. This helped to ease the troubles of Bf 109s running low on fuel during combat missions.

“About 1,000 more were built with a number of different engines after 1945 abroad, for instance in the former CSSR and Spain up until the end of the 1950’s.”

Less than 20 airworthy Bf 109s remain in flyable condition and in this video you can see the only G-4. This particular plane has been kept in flying condition by the Flugmuseum and the Airbus Group. This exciting video is not one you want to miss out on.