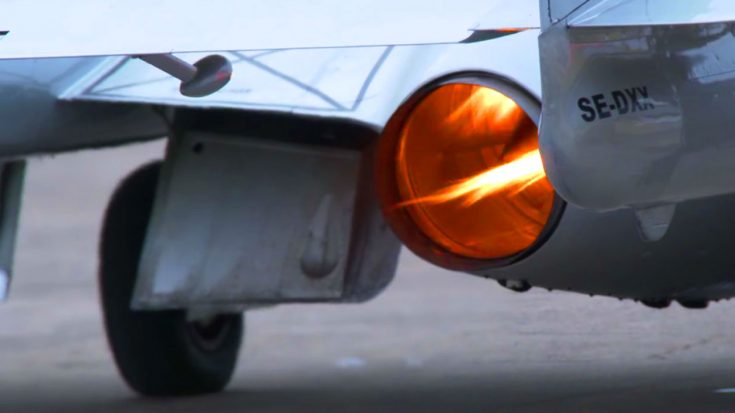 Few planes have can boast a claim that they scream during flight, but it’s easy to see how the DH-115 Vampire gets its name. Developed during WWII the De Havilland Vampire became the second functional jet-powered aircraft used by the Royal Air Force. Over 3,000 of these jets were built which also included a carrier version known as the Sea Vampire. Although it is a versatile fighter over the course of 70 years not many have survived, but we are lucky enough to see a flyable Vampire strut its stuff here.

You can always expect a great level of dedication from the aviation films of Jesper Rådegård. This Vampire is filmed with passion, from the ground, and from the cockpit its engine howling can be heard from miles away. Enough talk about how great the Vampire is, go check out this amazing masterpiece of this innovative fighter jet up in the air.