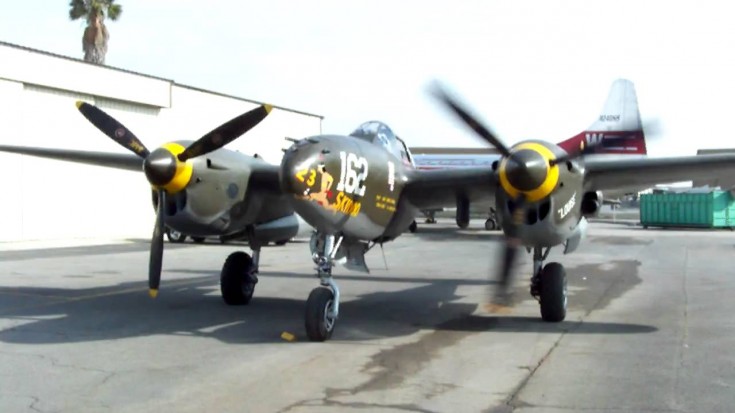 Big Noise From A P-38 Lightning

The Lockheed P-38 Lightning is a WWII plane enthusiast favorite, that’s for sure. From it’s beautiful, sleek design, to the crazy amount of firepower coming from the nose, and the pivotal role it played through out the war, makes this bird one of the most exciting to watch. Period.

In this clip we see the famous P-38 “Skidoo” starting up, making some noise with its Allison V-1710 engines making that distinguishable rumbling sound. You can stick a P-38 with a couple modern day jet fighters, and still make out the sound in the background. Love it.

The P-38 has to have one of the most recognizable shapes of any other aircraft, of WWII. Not only that, but many pilots feel that it was the U.S.’s first formidable cockfighters. It was said that the plane was also one of the most versatile as a fighter to a recon plane, since everything could be consolidated in the nose. Truly a success.