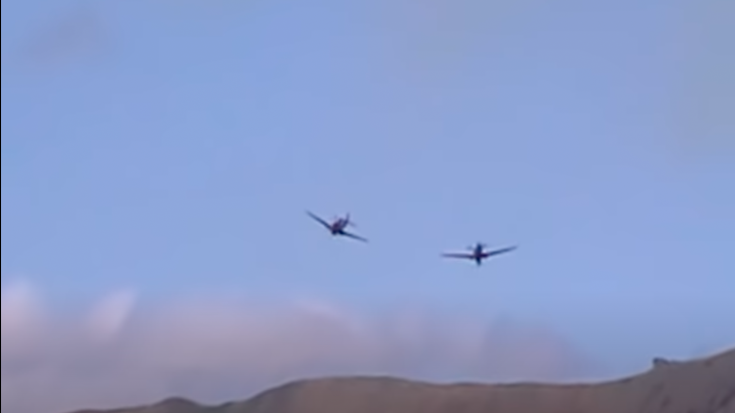 It’s pretty rare to see WWII planes fire their machine guns in air shows. This Kittyhawk video blessed us with 40 seconds of the P-40 firing its guns. Forget about hearing the engines, now you get to hear how cool the guns sound too.

For safety reasons, it’s safe to assume that these were blank rounds. There’s no way authorities would greenlight this show if live rounds were used with a crowd under them and with two planes in tight formations. That is a PR nightmare waiting to happen!

Using live rounds would have made it sound even better. Nevertheless, it already sounds amazing with blank rounds. It’s only a matter of time before we can have air shows that feature functional machine guns.