This P-40 Was Shot Down In WWII, But Now Flies Again 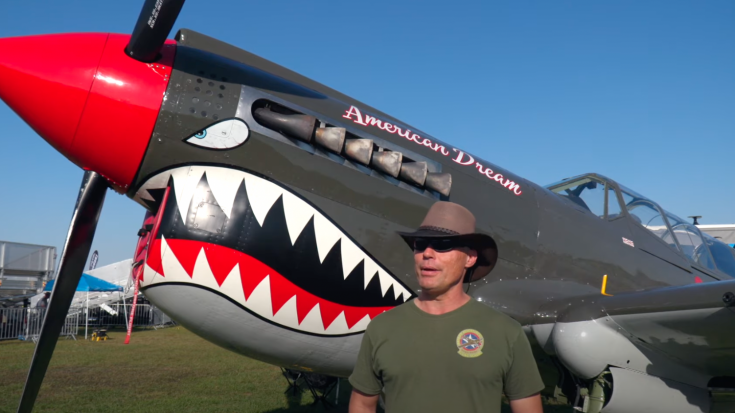 After decades, this P-40 is finally in great hands.

Thom Richards knew he wanted to be a pilot someday after reading about the Reno Air Races. In the US, he pursued that dream and worked his way up from being an airplane mechanic to becoming a pilot.

He had a particular fascination with the P-40 and he finally got what he wanted in 2018. The P-40 he bought was once used by 1st Lt. Joel Thorvaldson during WWII. He crash-landed near Lae, Papua New Guinea, and ditched the plane. A friendly troop dropped a life raft for him which he used to survive for 9 days before getting rescued.

The wreckage was later recovered in 2005 and exported to Australia. In 2018, it was finally sold to Thom Richard after multiple restorations made it airworthy once more.

The P-40 now has AVG markings with a red spinner and a shark mouth on the nose.