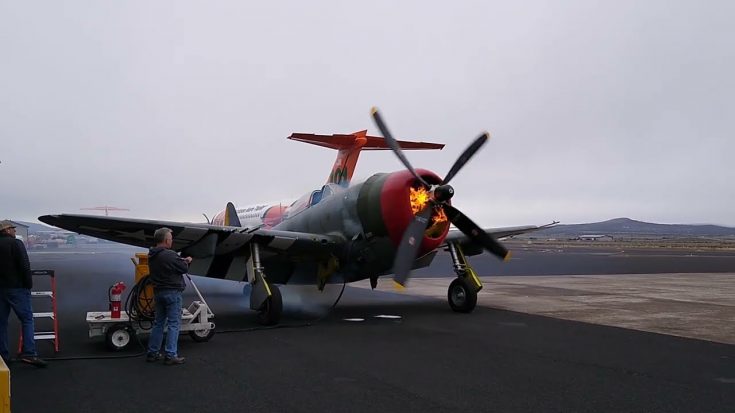 This P-47 at the Erickson Museum encountered a problem while starting up its engine. Around the 0:56 mark of the video, we can see a bright fire come out of the Jug’s nose.

Franksaab99, the video uploader, gave the reason why the P-47 had this problem. The aircraft was left sitting all winter long, making this the first engine startup after several months. Because of this, the engine was locked from the oil in the lower cylinders and supercharger.

The crew had to remove the plane’s lower plugs to blow the oil out. This subsequently started the fire as the oil blew out and the engine began to run properly. Thankfully, there was no reported damage to the aircraft or to the crew present.