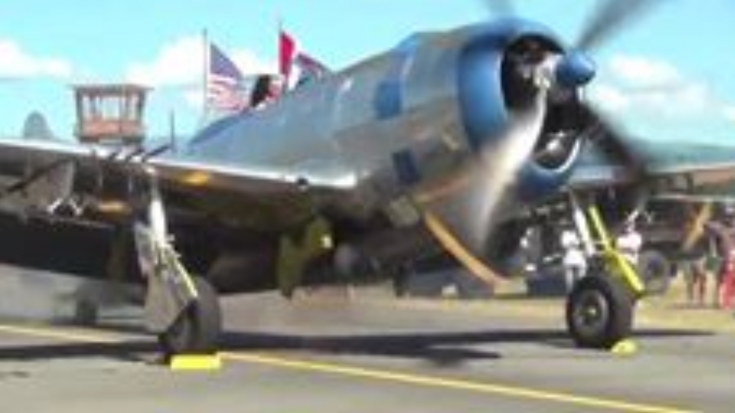 The P-47 Thunderbolt is probably on every warbird fanatic’s Top 10 list. It was such a rugged, mean, fast, and powerful aircraft during WWII and legend even says, it flew through a brick wall and kept going. We’re not exactly sure if that is something confirmed, but it’s not that hard to believe. But what is confirmed, is a P-47 that ran through a chimney and survived!

This thing had a tremendous amount of firepower. It could be armed with up to 8 fifty-cal guns, or be outfitted with a 2,500lb bomb payload. Not only that, but could also be armed with 5-inch rockets. Some today might realize this is like an old-fashioned A-10 Warthog.

But let’s talk about that engine. It’s that Pratt & Whitney R-2800 Double Wasp 2 Row 18 cylinder radial engine. Try saying that 10x’s fast. Here in the Facebook video we found online, you can hear the beast wake up being very grumpy…perhaps, even mad. But we love it.