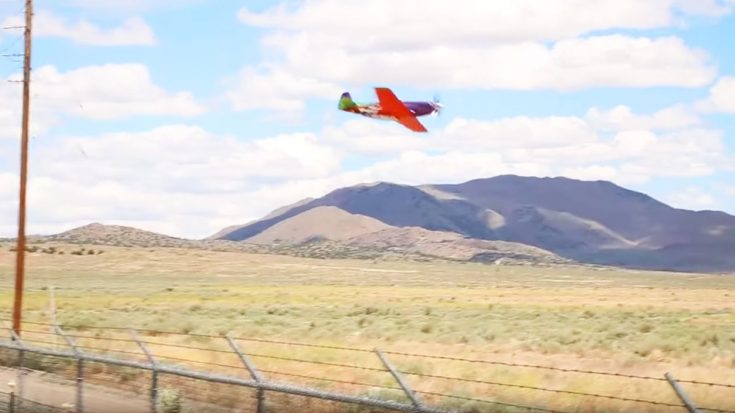 This video is definitely not for the warbird purists. This P-51 Mustang is highly modified and doesn’t really perform like the real thing, but hey, it does hit over 500 mph consistently during air races. You’ve got to give it that.

As for the original airframe, this P-51 was actually produced during World War II in 1944. It didn’t see any action, however, and was sent over to be used by the Royal Canadian Air Force in 1951.

Since then, she crashed a total of three times and was eventually restored in 1988 as a racer, the final configuration she’s in today. Then, Voodoo made her way to Steven Hinton Jr., (son of famous racer Steven Hinton) and has flown under the name Voodoo ever since.

She’s won multiple air races throughout the years including the Unlimited Gold Championship in Reno, Nevada from 2013 to 2016. In this video, you’ll see Hinton Jr. make one of his 3 hot laps at the Reno National Championship Air Races.