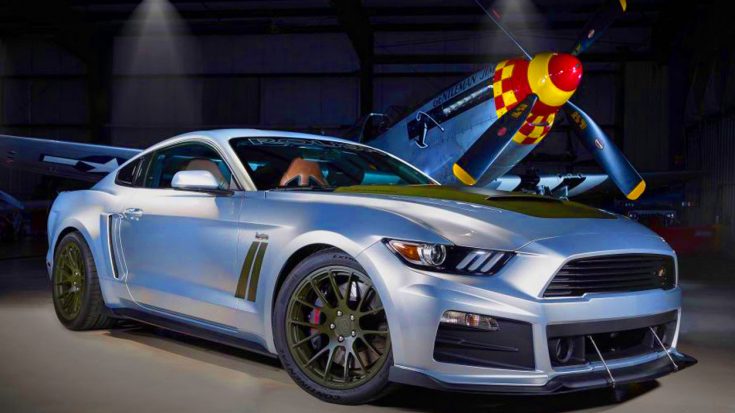 When you heard the word “Mustang” seasoned fanatics of aviation will think of the fighter plane that helped America win WWII. But to the common man, they associate Mustang more with the muscle car even though it is in fact named after the warbird. Jack Roush of Roush Fenway Racing has channeled his love for the legendary warbird and his love for powerful cars into a custom Mustang based on the plane.

Inspired by seeing P-51 Mustangs in flight as a kid Jack Roush pursued engineering and mathematics to craft engines of his own. The next thing you know has an automotive empire under his belt, building some of the most powerful cars around. But this Ford Mustang based on the P-51 Mustang could just be the masterpiece of Rouch Performance.

Everything on this car has the essence of the P-51 Mustang from the polished aluminum to the yellow and black red logo representing the squadron. Words don’t give this car justice so check it out while it is being built as it embodies the P-51 Mustang.