This American City Suffered A Bombing During WWII – The Forgotten Attack 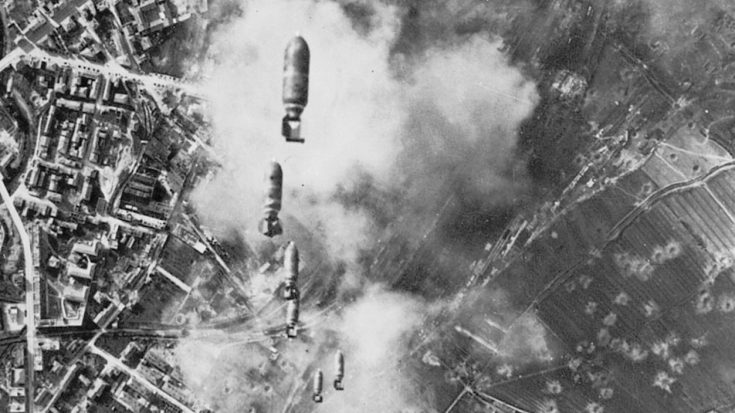 Bombing In The Heartland.

We all know the stories of cities under attack from bombers during WWII. Events such as the Battle of Britain, raids over Berlin, or armadas of B-29s unleashing incendiary bombs that burned Tokyo to the ground and of course Pearl Harbor. Few people know that even the American mainland actually suffered a bombing during World War II.

It was a calm night on July 5th, 1943 in Boise City, Oklahoma as the town slept. The peaceful slumber of the Boise City residents was soon shattered by thunderous explosions. They didn’t pay it much mind, maybe it was just some extra fireworks going off from the 4th of July the evening before. But these were no fireworks, Boise City was being bombed and the city was thrown into a panic.

This was no ordinary bombing, the small town in the heartland of America wasn’t under attack from the Japanese or the Germans as they feared but from the US Army Air Force. It turns out that a B-17 Flying Fortress group was practicing a nighttime bombing mission when their navigator got lost. He had instructions to bomb a plot of square land with lights in each corner. The navigator found a square plot of land with lights in the corners, but it was Boise City and not the practice target.

The town was pretty shaken up over the incident but no one was hurt and property damage was less than $25 because the 100-pound practice explosives were filled with about 90 pounds of sand. Boise City can look back and laugh on the accidental bombing, they even invited the crew members back to celebrate the 50th anniversary, although they all declined. The Boise City Bombing is documented in this clip.