Pair Of Zeros Take On A Pair Of Hellcats 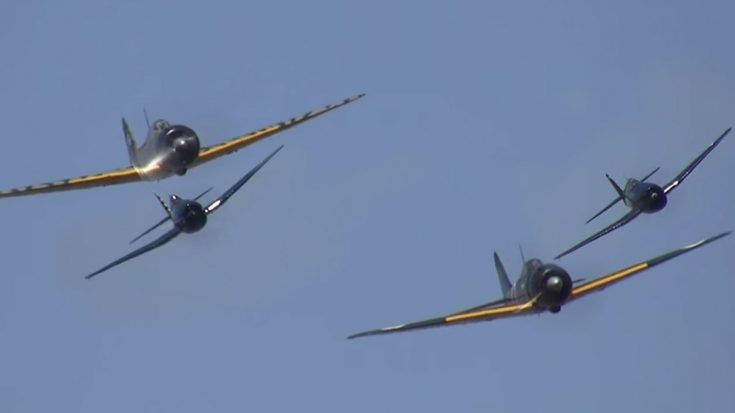 The Pacific Theater of War was always the center of a bitter rivalry between two ferocious fighters, the Mitsubishi A6M Zero and the Grumman F6F Hellcat. There was rarely a moment that these planes weren’t at each other’s throats but they proved to be well suited for combat.

The Mitsubishi A6M Zero ruled the skies over the Pacific in the early years of WWII. Few planes could compete with its speed and agility and until the Americans caught up. The Zero had met its match after the introduction of the Grumman F6F Hellcat, which was perfectly suited to counter the speedy Japanese fighter.

The carrier-based Hellcats were able to destroy over 5,000 enemy aircraft during WWII and had a proven track record of success. The A6M Zero struggled in the later part of the war as a qualified pilots dwindled and remaining units were used for kamikaze attacks.

Not a whole lot of A6M Zeros still fly but a pair of them came out to fly against a pair of Grumman F6F Hellcats. This video brings them together again for the first time in a long time so you can see the fierce rivalry between the two glorious planes.