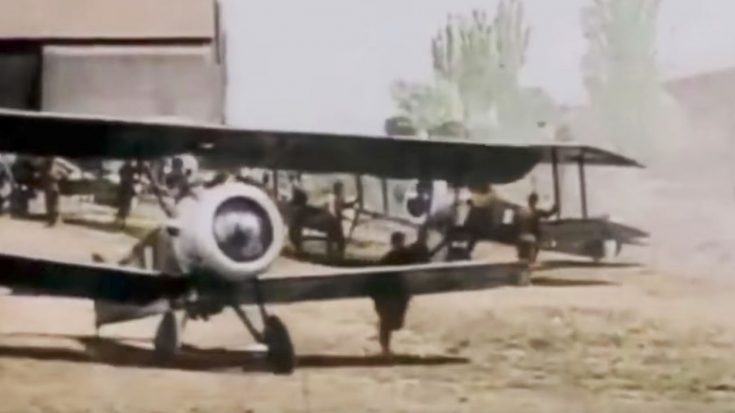 While we’re typically fixated on World War II warbirds and modern aircraft, we seem to have omitted World War I aircraft altogether. We did post a couple of neat bi-plane videos of restored aircraft in the past and you folks seemed to enjoy them, but that was it.

“Colorized historical footage in ascending order of World War 1. Not only the relatively known Flanders and France battles, but also the generally unknown Italian-Austrian, German-Polish-Russian, Japanese-German, Ottoman Empire- Allied and African German Colonies, and other unknown or forgotten fronts and battles.” -IMDb Well, we stumbled on something while doing our daily YouTube search.

The channel The World Wars In Colour has a really neat collection of footage from well, the World Wars. This particular one was about World War I aircraft and we were surprised to see just how much of that was caught on film. We are assuming, however, that it was colorized after of course.

According to the description, most of the footage came from a mini-series called Apocalypse World War 1.  It was French production which was then redone in English for National Geographic. The aircraft shots are truly stunning as this was the first war where guns were added to aircraft, albeit, there was a gunner in the back actually holding a gun and shooting.