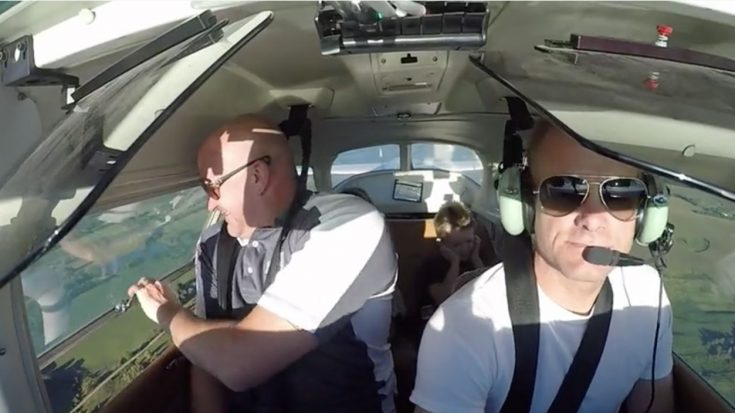 This video is reminiscent of an old saying/joke that goes, “what’s better than owning a boat? Having a friend that owns a boat.” The same goes for aircraft.

Flying is an exhilarating profession and pastime but that comes at a price. Getting a pilot’s license takes lots of time and a ton of money. Then you have to not only purchase an aircraft but also store and maintain it. Any pilot will tell you that owning your own plane, even if it’s a little Cessna, is a ton of work.

This flight took place over Sarona, Wisconsin back in 2016.

Hence the saying above. It’s better to have a friend that can take you on a joy ride than flying yourself.

According to the description of the video, Chad, the passenger on the right side and his two kids, got taken up by a friend of theirs. He wasn’t the best person to take for a ride though.

Be it nerves or chili from the night before, he couldn’t hold in his gas and kept on letting it go. As you can imagine, in a tiny fuselage like that, there is no escape and nowhere for it to go.

The pilot responded in a way anyone would respond in that situation. He simply said, “dude, you can’t hold that $#!*? It breaks my concentration…if we crash it’s your fault” among some other choice words.

We believe that is totally understandable.