Pilot Has A Hard Time Landing Due To Crazy Crosswinds 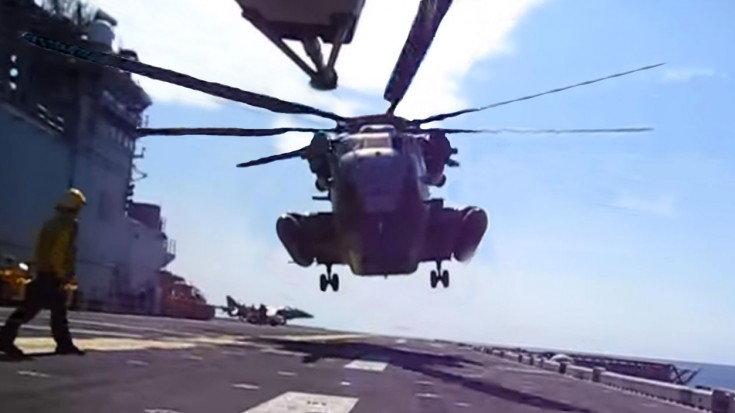 That Looked A Bit Sketchy For A Bit.

Flying a helicopter is not easy task in general, let alone trying to land one an a moving carrier. As you’ll see in this video, a CH-53E Super Stallion pilot was having a hard time trying to do just that due to some crazy winds.

The helicopter hovered over that deck for way longer than it waned to.

The pilt was trying to land on USS Bonhomme Richard (LHD-6), a Wasp-class amphibious assault ship. This awesome ship’s primary mission is “to embark, deploy and land elements of a Marine landing force in amphibious assault operations by helicopter, landing craft and amphibious vehicle.”

Once such helicopter that LHD-6 carries is the CH-53E Super Stallion that you’ll see trying to land in this video. This aircraft is the largest and heaviest helicopter used by the United States military and is now being developed into the CH-53K King Stallion which will be even more powerful.