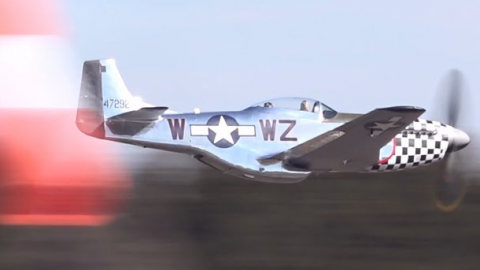 The P-51 Mustang is an absolute beast. During World War II, it was invaluable to the Allied forces since it was one of the best all-around fighters. Even with such impressive features, it was actually designed and built in just 120 days following an urgent request by Great Britain.

Boasting of excellent range and maneuverability, P-51 Mustangs destroyed almost 6,000 enemy aircraft during the war – making it one of the deadliest and most feared fighters. Check out this beautiful video of the P-51D Mustang “Frances Dell” as it does high altitude aerobatic training at Siegerland Flughafen in Germany. It doesn’t get any better than this!