Powerful B-17 Blasts To Life With Mighty Smoke Cloud 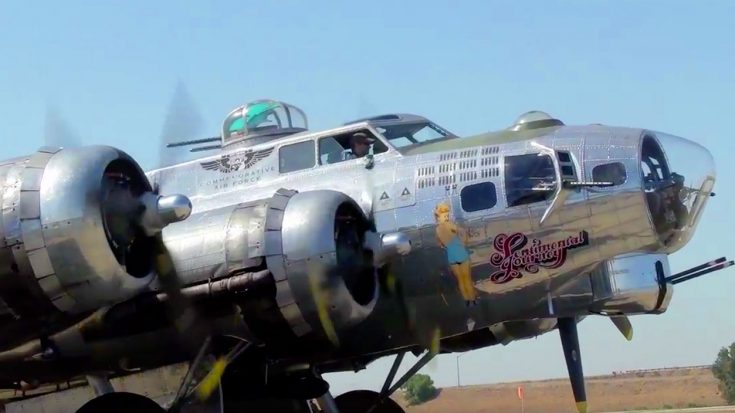 The Boeing B-17 Flying Fortress was the bomber among bombers during WWII. Swarms of B-17s leading the charge on Axis-controlled areas to bomb cities, factories, vehicles and everything in between. Over 12,000 of them were built for the sole purpose of blasting evil back to hell.

It took a crew of ten people to operate this massive bomber, all hands on deck were needed to fly, keep radio contact, shoot down hostile fighters and bomb targets. Not too many B-17s are still operational, but the Commemorative Air Force in Arizona has one of the remaining ones that can actually fly.

“They served in almost every theater of World War II and dropped over 640,000 tons of bombs. The B-17G was produced in greater numbers than any other B-17 model with a total of 12,731 aircraft produced by Boeing, Vega, and Douglas. Our Sentimental Journey is 1 out of less than ten B-17Gs around the world still flying today.”