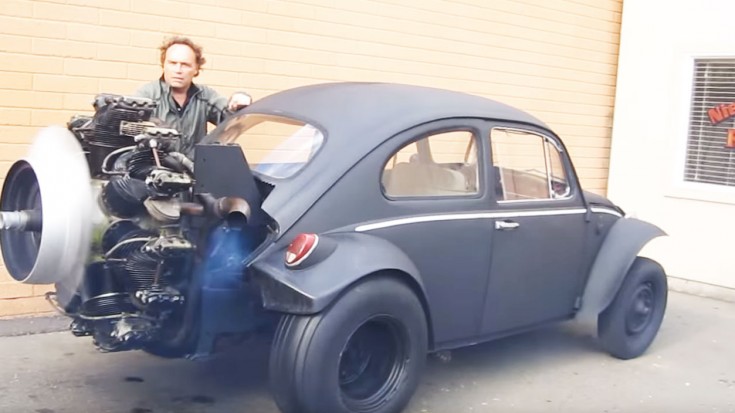 Mike Niemans is the proud owner of a motorcycle shop in Northern California. Most people would be happy owning a business centered around something they love, but Mike has two passions. Bikes and radial engines.

This is why he owns six radials dating back to the 1920s, one of which he got a bit creative with. Owning a Volkswagen Type 1 (Bug or Beetle as we know it today), he mounted one of his radial monsters right where the rear bumper should be. 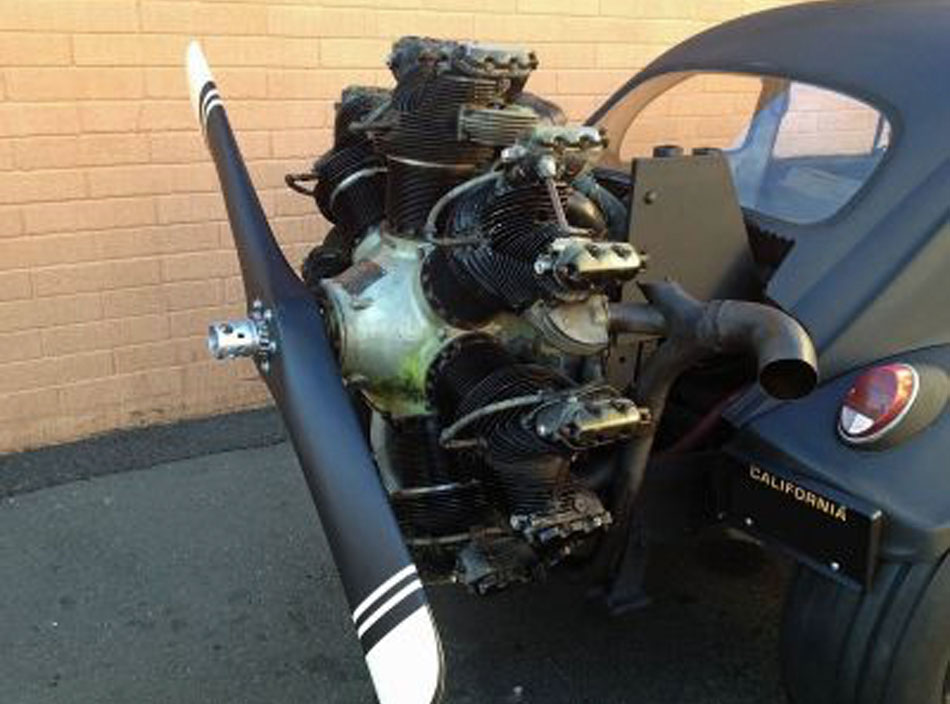 Mike considered rigging a hydraulic pump to run the tranny, but after fitting the engine with a 2 blade reverse-pitch prop, he went so fast he never looked back.

The engine he used is a Continental W670-9A which puts out about 220 horsepower. He pulled it out of a 1941 M2 tank, although we have no idea how he got his hands on one.

We know what you’re thinking though. How in the world does this Bug not go front side up when Mike steps on the gas?

The answer is quite simple.

He put a couple hundred pounds of cement into the compartment in the front to weigh it down and avoid pitching.  Also, since this is a hungry 11-liter radial, he converted it to propane to save money on gas.

It seems Mike thought of everything including getting this thing started on video. Check out the clip below.